Tamale, Dec 05, GNA – The Northern Regional Directorate of the National Disaster Management Organisation (NADMO) has updated its Disaster Risk Reduction Plan (DRRP) for it to be in a better position to effectively address issues of disaster in the region.

It has also developed Standard Operating Procedures (SOPs) to help improve its response and management of disasters in the region to save lives and property.

NADMO in the region in collaboration with the Ghana Red Cross Society with support from the Swiss Red Cross held a two-day workshop in Tamale attended by stakeholders from various partner institutions to update the DRRP as well as plan the SOPs.

The workshop which has ended was attended by representatives from the security agencies, various agencies of the United Nations, public sector institutions and the media.

Alhaji Abdallah Abdul-Mumin, Northern Regional Director of NADMO who addressed the workshop, said the DRRP and the SOPs would help NADMO in the region to better engage its stakeholders, especially development partners to improve on its management capabilities and response to disasters.

The disasters that the region experiences include rainstorms, floods, and fires.

Alhaji Abdul-Mumin spoke about disasters recorded in the region and said the region had seen significant reduction in disasters this year as compared to the previous years.

He said statistics from the Northern Regional Directorate of NADMO, 25 out of the 28 Assemblies in the region were affected by disasters such as floods, rainstorm and fires in 2018 where about 62,658 victims were recorded in which 12 people died.

Alhaji Abdul-Mumin said this year, a total of 17,593 victims were affected by rainstorms and floods recorded in the region and most of them were displaced for some period.

Alhaji Abdul-Mumin attributed the significant reduction in the disasters recorded in the region this year compared to the previous year to disaster risk reduction activities such as desilting of rivers and drains among others which were carried out by stakeholders involved in disaster management in the region.

Mr Thomas Oyugi Okollah, Country Representative of the Swiss Red Cross, emphasised the need to act on the DRRP to safeguard society.

Mr Kofi Abrokwah Koranteng, Director of Policy and Planning at NADMO, spoke about the importance of credible data in planning, and advised the stakeholders not to exaggerate numbers of victims in disasters.

The Participants called for strong team efforts and effective information sharing and communication to ensure improved response and management of disasters in the region.

Ghana is not on its knees for food – Agriculture Minister 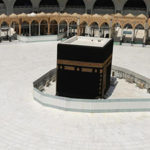