The ‘usual scanty’ show up at lorry stations and some markets in the Metropolis since last week was absent and few people moved about.

Many shops remained closed as at 0945 hours, the Ghana News Agency (GNA) observed.

President Nana Addo Dankwa Akufo-Addo on Saturday March 20 during his address to the nation declared Wednesday March 25 as a National Day of Fasting and Prayers to seek God’s intervention over the spread of the Coronavirus pandemic.

This, he said was to complement the measures put forward by the government to curtail the spread of the disease.

From all indications, the people of Cape Coast were abiding by the directive of the President and had decided to stay indoors to fully concentrate on the fasting and prayers.

Some religious leaders in the Metropolis took to social media as well as the traditional media and radio broadcast to pray for God’s protection for the people of Ghana and its leaders.

Mr Joojo Akuni, a resident of Abura, a suburb of Cape Coast and a shop owner, underscored the importance of the exercise, saying it was necessary to adhere to the directives of the President to ask for God’s intervention to end the pandemic.

On why his shop was closed, he said it was his personal decision just to concentrate fully on the fast and pray.

Ms Grace Blankson also a resident at Pedu expressed a divergent view on the closure of stores, saying people could have still made sales while they observed the fast.

She urged everybody to voluntarily participate as a national effort to ask God to intervene while observing the other measures taken by the Government to stem the pandemic. 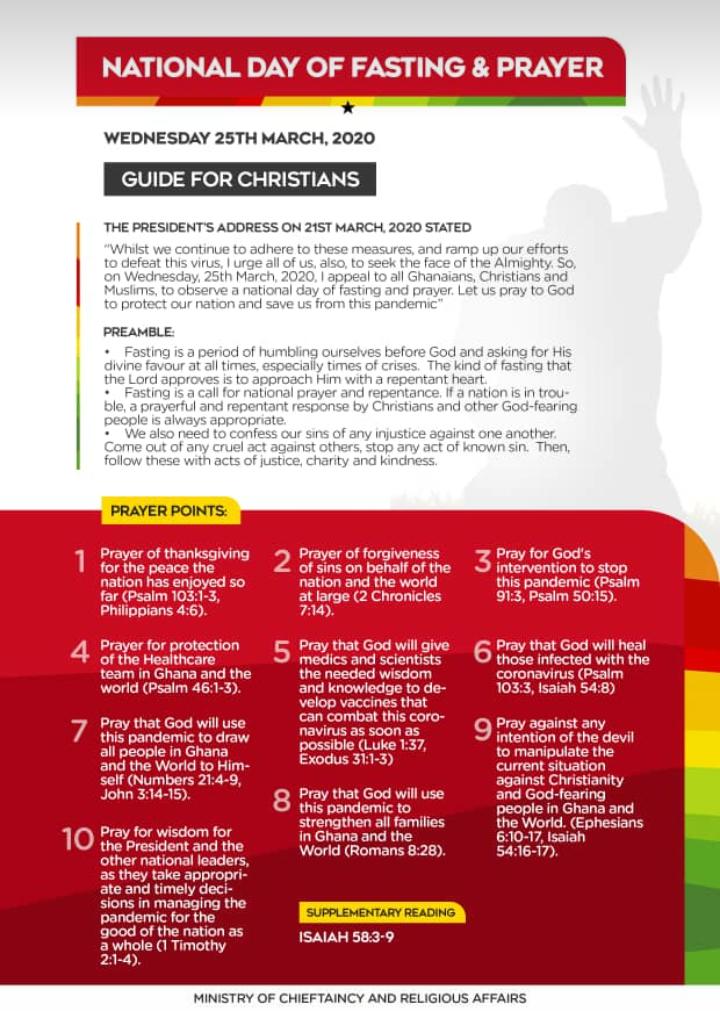