Ghana Web
A Ghana Football Association (GFA) presidential candidate, Fred Pappoe, has outlined his vision of making the association globally competitive when given the nod to take over the reins of football in the country.

The former vice-president of the GFA stated at his manifesto launch last Thursday in Accra that he was committed to ensuring that products of the association such as national teams, players, coaches and administrators were highly marketed on the globe.

Mr Pappoe, who is focused on having a transparent leadership, reiterated his desire to recover, restore, redeem, repair and revive the stained image of the GFA.

Addressing the gathering at his launch, the Accra Great Olympics director lauded congress for agreeing on a new set of rules to champion a football paradise.

“A new set of rules were agreed on to champion the new agenda of the GFA in order to lead a football paradise and I want to laud congress for that.

“My vision is to have a GFA which would be globally competitive with its product being at the highest level of marketability,” he said.

Mr Pappoe, a former Black Stars Management Committee chairman, was part of five other contenders who were announced by the Normalisation Committee (NC) to have passed an integrity test by the Vetting Committee.

He would be in contention for the GFA Presidential position alongside Kurt Okraku, George Afriyie, Amanda Clinton, Nana Yaw Amponsah and George Ankoma Mensah.

Meanwhile, a former spokesperson of the GFA and owner of Heart of Lions, Randy Abbey, has endorsed Mr Pappoe as the best candidate to transform the association.

Throwing his weight behind the candidate,Mr Abbey explained that the GFA needed a much experienced leader who has the capacity to bring back the lost integrity in the administration of football in the country.

“We are at a crossroad and as it stands now, we need someone with experience to bring back the lost integrity the association is facing at the moment,” he said. Read Full Story
Advertise Here contact ads[@]ghheadlines.com
Related Items news
news 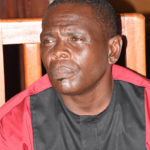 Sadio Mane: Made in Senegal - five things we learned from the documentary