Ghana Web
At least 27 people have been confirmed dead after days of flooding in the Upper East region.

“Per the reports we have as at now, 27 deaths have been recorded, 19 injured and a little over 1000 people have been displaced as a result of the rains,” the Upper East regional director of NADMO Jerry Asamane told Francis Abban on the Morning Starr Wednesday.

The casualties not withstanding, he said: “there are many who never want to move from ancestral homes. NADMO cannot force such people to leave their homes after we issue warnings of possible floods”.

According to A1 radio’s Samuel Mbura, the areas affected include Kasina Nankana East and South, Builsa South, Bawku, Garu Timpane among others.

He added a lot of the residents are fleeing the area to join their relatives in nearby communities. Several farms have also been submerged by the rains, Mbura added.

Emergency services have reportedly asked residents to move to higher grounds in order to avoid being swept by the floods.

Meanwhile, over 200 people have been displaced in Eshiem in the Sekondi-Takoradi metropolis of the Western region following a 3-day torrential rains.

The floods also destroyed properties worth about GHC100 million.

NADMO officials in the area say they are counting on the regional and national offices to provide relief items for the displaced.

Speaking to Empire FM’s Emanuel Ohene Gyan, James Obeng Jnr., the NADMO Director for the area gave a statistical break down of the displaced.

“The cost of damage is running around GhC 112,000,676 and we are going to submit this to our regional secretariat and this will determine the kind of relief items that we can actually give to the affected victims if there is, but I believe there is,” he noted. 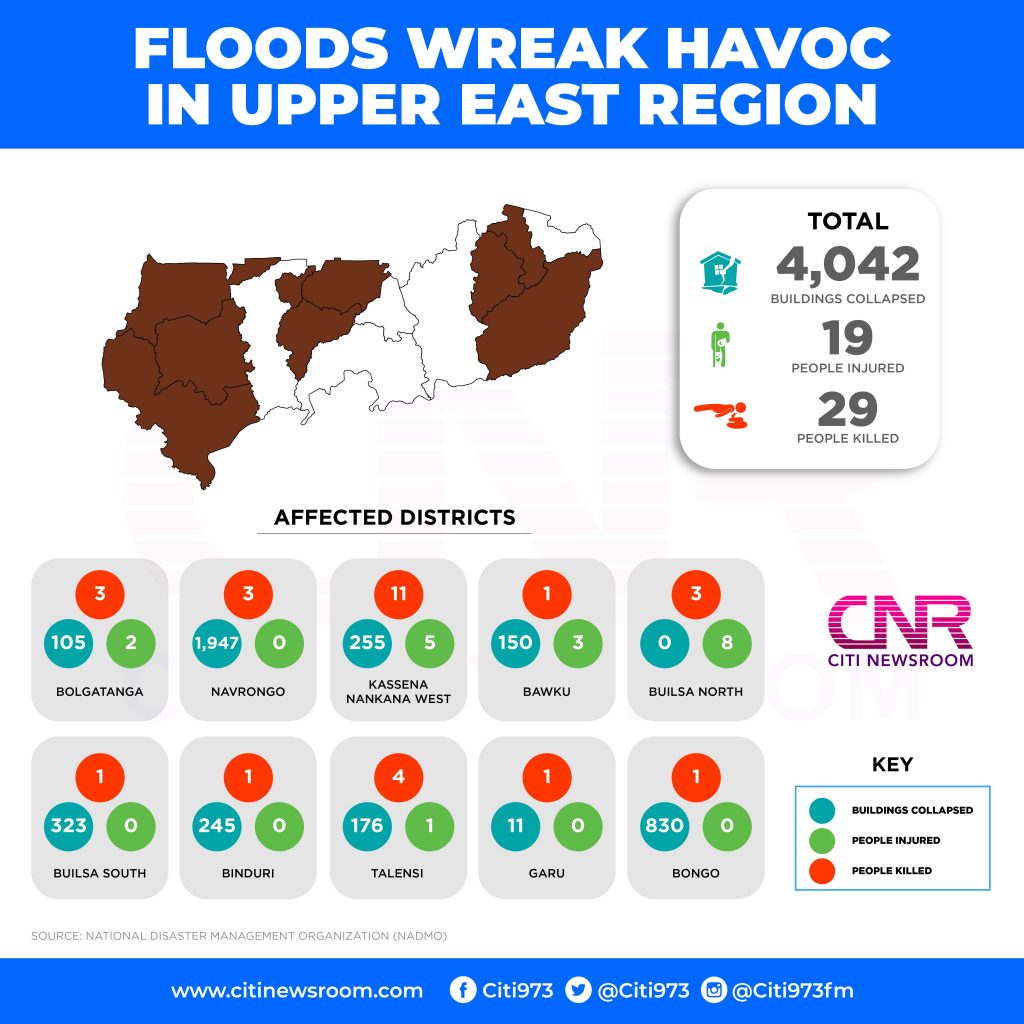 Treat floods in Upper East as a national disaster