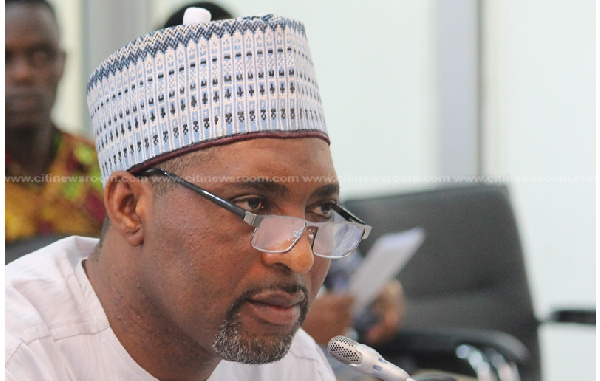 Ghana Web
Minority Chief Whip, Muntaka Mubarak, has said that parliamentarians are ready to forfeit Security Allowances should the state provide them with security.

The Member of Parliament for the Asawase constituency explained that sacrificing the allowance will be a better option provided it ensures proper security for the Members of Parliament.

According to him, the various requests that have been made to the Interior Ministry to provide Members of Parliament with security have been declined.

“The argument was that 'you are too many' but we have over 250 MMDCEs and yet they can provide all of them with security,” he said.

He stated that the security allowance that parliamentarians receive enables them to engage the services of private security, but that is not enough.

According to him, MPs are at risk because they operate in the full glare of the public.

“We are prone to easy attacks” he added.

MPs have been pushing for state-sponsored security dedicated to them during their tenure as legislators.

He cites attacks on some of their colleagues as justification.

MP for Nhyiaeso in the Ashanti Region, Kennedy Kwasi Kankam, was recently attacked.

Attackers reportedly spared his life and that of his family after some demands they made were granted.

The three unidentified attackers also made away with an unspecified amount of money in pounds sterling, US dollars, Ghana cedis, a laptop, television set and other assets.

Speaking on Joy FM's Newsnight, the Asawase MP stated that MPs would not be facing such attacks if security matters concerning them were prioritised.

He said that MPs are willing to pay even at an extra cost should the Interior Ministry consent to providing security for them.

“I know they provide these services to the banks and banks pay,” he said.

He said "when a DCE dies, it takes the President hours to replace him. But when a Member of Parliament dies, it takes months and the state spends huge sums of money". Read Full Story
Advertise Here contact ads[@]ghheadlines.com
Related Items news
news

Security personnel urged to implement President’s directive to the letter