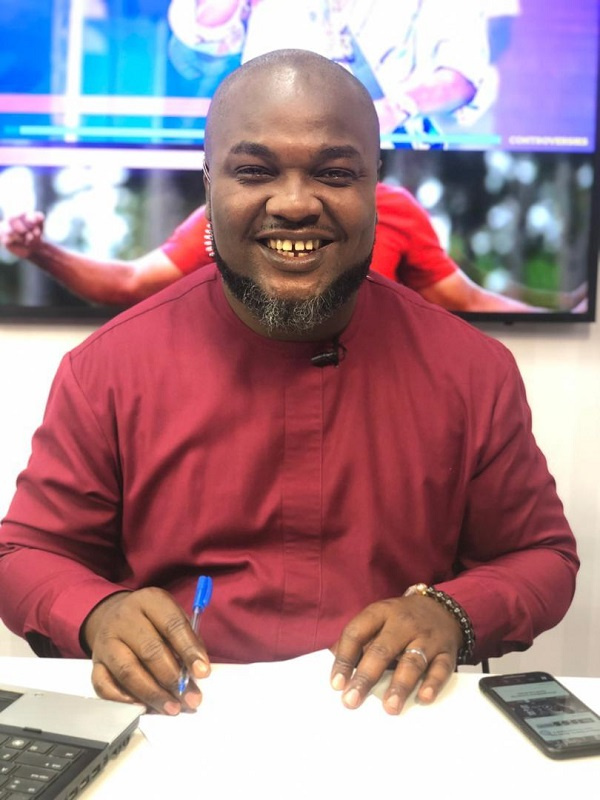 In a video posted on Yaw Sakyi’s instagram page, Adesanya said “Mr. Afari, long time. I remember you Sir. You probably still do. You used to flex on everybody (laughs so hard after). I respect and appreciate you. Thank You. You have always been good”.

Attached to the video, Yaw Sakyi wrote “FINALLY connected with my former student who is indisputably one of the finest World Champions of our time @stylebender. Very cool to know he still remembers me after all these years. He made my day with this video. Ladies and gentlemen, Hail the King of UFC Octagon #UFCKing #ProudTeacher “.

Adesanya also commented on some posts earlier made by Yaw Sakyi recounting the Champion’s time in Ghana. He shares some exciting moments spent with Adesanya and concludes that he was destined to do what he is doing now.

Israel Adesanya, his siblings and parents moved to Ghana in 2001 from Nigeria for almost a year. Israel and his siblings attended SunnySide International School in Accra where Yaw Sakyi was a teacher. Later, his parents engaged Yaw Sakyi as his private teacher in Maths and English.

Speaking with Ghanaweb, Yaw Sakyi couldn’t hide his joy of reconnecting with his former student who is now a world champion. “After finding out in May this year that my boy dominates the UFC Middleweight division, I started watching his videos and then sent messages to his facebook and instagram pages but didn’t get responses which wasn’t surprising to me so seeing his responses to my comment on his page on Sunday morning while I was at church brought special joy to me”, he said.

Yaw Sakyi Afari is the Head of RITE Sports, the firm celebrated for the renaissance of basketball in Ghana with their innovative events including Sprite Ball Championship, UPAC Basketball Championship and the Ghana Basketball Awards. He is also the manager of Africa and WBC’s Greatest Superfeatherweight Champion of All-Time Azumah Nelson, Azumah Nelson.

FINALLY connected with my former student who is indisputably one of the finest World Champions of our time @stylebender . Very cool to know he still remembers me after all these years. He made my day with this video. Ladies and gentlemen, Hail The King of UFC Octagon @stylebender #ufcking #proudteacher

Don’t we all wish we knew somethings before they happened? Like many people who are not from affluent homes, I had to teach for a while after High School before going back to the University years after (it’s a long story). I was a pupils teacher at SunnySide Int School at Nii Boi Town, a suburb of Accra, where I distinguished myself as one of the most hardworking teachers. I was in charge of sports and entertainment. The students claim I used to cane them a lot (I mean the stubborn ones) but I don’t remember. Lol. One of the students who I later became his private teacher is currently the @ufc Middleweight Champion @stylebender . Mobolaji, as I used to call him, will not succumb to bullying by his seniors so will always get into a fight with them and guess what I was the guy they will bring him to for punishment. I guess he was preparing himself at that young age to take on people who will decide to contend him for his glory. I am not a big fan of UFC so didn’t know my boy is beating everybody until few weeks ago when one of his classmates who is also a big boy now, Obodai Torgbor, saw me at my restaurant @delishghana and told me about @stylebender . I quickly went online to watch his videos and you can imagine how proud I felt and continue to feel knowing that I had an impact on the life of this kid (just maybe). I just want to celebrate this World Champion who I once mentored. Congratulations ???????? Champion and just in case any of his handlers see this post please let him know his teacher Mr AFARI from Ghana says hello. I will be glad to hear from him and his parents. #stylebender #ProudTeacher

We Must Celebrate Our Sporting Icons –Buhari