With most players only getting the chance to play in a handful of international tournaments during their career, it is a sickening blow when your team fails to qualify or, worse, you are forced to miss out through injury.

But there are a handful of big names who will not be on show at this summer’s delayed European Championships with the world’s most in-demand striker, Erling Haaland, and arguably world’s best defender, Virgil van Dijk, among those to be watching from their sofas.

Here, Sportsmail has compiled an XI comprised of some of the best talent who will not be playing at the Euros this summer.

For a goalkeeper at the peak of his powers, it must be frustrating for Oblak to have never represented his country at a major tournament.

Slovenia were last on the biggest stage in international football at the 2010 World Cup in South Africa, where they crashed out in the group stage.

In Euro 2020 qualifying, Slovenia came fourth in a group won by Poland with Austria coming second.

They also missed out on a place in the Nations League play-off route, with those spots going to Israel and North Macedonia.

It is impossible to think that Greece won Euro 2004 when you consider how far they have fallen now.

The last major tournament they qualified for was the 2014 World Cup in Brazil, where Manolas played every minute as they were knocked out in the last-16.

Manolas is the country’s best player but the Napoli star was unable to guide them to Euro 2020 with Greece finishing third in their group behind Italy and Finland.

At 29, Manolas may consider the 2022 World Cup in Qatar as the final chance for him to play at another tournament. They drew both of their qualifiers in March, however, leaving them four points off the pace already.

The Dutch defender is the other half of Liverpool’s centre back crisis. He has been sidelined since October with a ruptured cruciate ligament and is unlikely to play for Liverpool before the end of the season.

That’s despite Van Dijk exciting fans by posting a video of himself running on the training ground towards the end of April as he continued his recovery.

Van Dijk, 29, is Holland’s captain but Jurgen Klopp believes it is too risky to select him for the rearranged Euro 2020 tournament, which begins on June 11.

The Liverpool manager said: ‘I don’t want to hold Virgil back but you can’t force it as well. You are all long enough in the business to know that if you want to play you have to train before – and proper football training.

‘It takes weeks. Not a week before. You cannot be 10 or 11 months out, train for one week and then play football. That is not possible, it should not be possible.’

It was crippling blow for Belgium’s ‘Golden Generation’ to see key midfielder Witsel ruled out for ‘the coming months’ when he tore his left Achilles tendon during Dortmund’s win over RB Leipzig back in January.

Belgium coach Roberto Martinez said at the time that such an injury can take between four to seven months to recover.

‘This is not a moment to be thinking about whether he´ll be missing the European Championship or not. Now it´s about taking the next step correctly and making sure that he knows we´re going to wait to the last second before we announce that squad,’ Martinez said.

Witsel has made more than 100 appearances for Belgium and is crucial alongside Youri Tielemans in allowing their plethora of attacking options to flourish in the final third.

Pjanic has been one of Europe’s elite midfielders for a decade now but will not be competing at this year’s European Championships.

The 31-year-old has found himself on the bench an awful lot for Barcelona this season and his future remains up in there.

He will have plenty of time to think about his next move this summer with Bosnia failing to win their play-off semi-final against Northern Ireland.

Pjanic was key to Bosnia qualifying for the 2014 World Cup in Brazil – the country’s first-ever major tournament – and will be desperate to qualify for another before he hangs up his boots.

Some argue that you have to shine on the international stage in order to be considered one of football’s greatest players.

But Haaland needs to prove nothing with his country after a sensational two seasons that have catapulted him into being the world’s most in-demand striker.

Norway were so close to qualifying for the Euros, too. But they lost their play-off semi-final against Serbia, who were then beaten by Scotland anyway.

Maybe a few months off will be good for Haaland after a blistering couple of seasons. It will also sharpen his mind as he weighs up his next club. 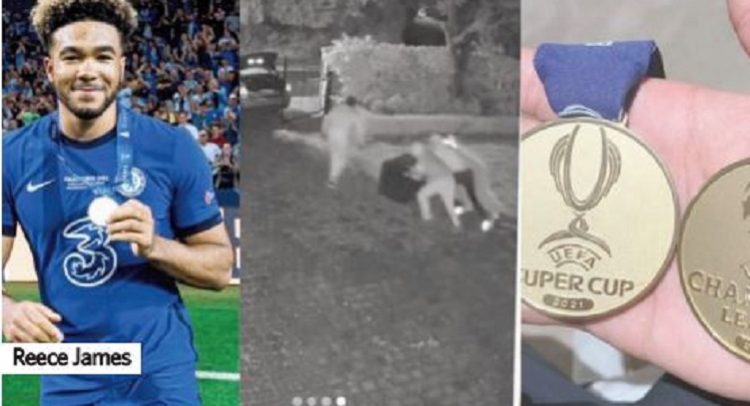 Ibrahimovic ruled out of Euro 2020

Trent Alexander-Arnold out of Euro 2020

Massive EURO 2020 games to get excited about