Residents of Shiabu, a suburb of Dansoman in Accra, were thrown into a state of shock over the alleged murder of a woman by her husband, in cold blood, last Sunday dawn.

Prince Korley Commodore, 48, husband, was reported to have stabbed his wife Dorcas Anafi Commodore several times with a kitchen knife in their room in the presence of their two children, who are between the ages of five and eight years.

The Ghanaian Times gathered that the suspect after the act drove the children out and locked himself in the room with the corpse.

The couple, both traders, are reported to have been married for nine years.

The news of the death of Dorcas brought a large crowd to the scene, who wanted to catch a glimpse of the body, while family members were seen wailing.

He said the Police Control Room received information about the tragedy, and alerted the Dansoman Police.

ACP Asante said the Dansoman patrol team proceeded to the scene and arrested the suspect to assist in investigations.

He said the deceased was also seen in a pool of blood with knife wounds, adding that the Crime Scene Management Team from the Criminal Investigation Department of the Ghana Police Service, was invited and after examination of body, it was taken to the Police Hospital mortuary.

He said the traumatised children, who witnessed the murder of their mother, would be counselled to assist them recover from shock.

ACP Asante said investigations into the case were ongoing. 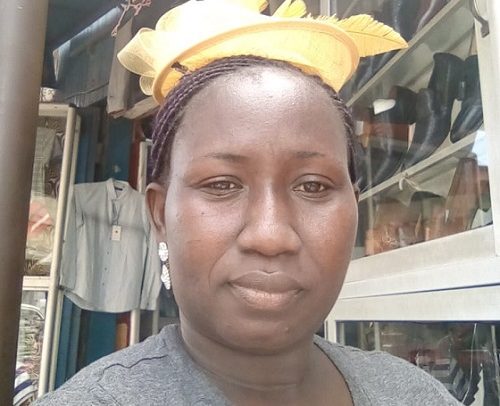