?A soldier and gospel singer- the story of Kwabena Donkor ?A soldier and gospel singer- the story of Kwabena Donkor

The job of military personnel could be very demanding to the extent that some barely have time for their families or any social life.

Despite the odds, P.O Class One Donkor Jethro of the Western Naval Command in Sekondi-Takoradi Metropolis of the Western Region has managed to combine his work as a military officer with music.

A soldier and gospel artist, P.O. Class One Donkor Jethro has become the envy of his peers with his talent and impeccable way of commanding admiration from his audience with versatility.

A husband, father, he has the passion for being ambassador of Christ spreading the gospel of Christ through music.

A graduate of the Tamale Technical University (TTU), P.O Class One Donkor Jethro has two albums to his credit, ‘Kaykeyre no’ (Yesus) which was released last year and ‘Me nim wo’, which was put together with the help of the ‘Shepherds’ a group in the Takoradi Central Seventh Day Adventists (SDA) Church and released in 2016.

Included on the title track are:  Shine on me; Thank you Lord; Aseda; Miracle God and Real God” among others.

He is billed to perform on December 22, 2019, at the ‘Me Boafo’ Charity Concert in Essikado and also at gospel musician Nhyiraba Gifty’s album launch in Sekondi.

The Takoradi-based singer with showbiz name Kwabena Donkor, spoke with Times Weekend in an exclusive interview last Wednesday in Accra.

TW: Share with us your experience as a soldier and musician, how do you combine the two?

Kwabena Donkor: It is not an easy task but because of the passion I have for both, I am able to manage and excel by the grace of God almighty.

TW: You have gathered quite a remarkable fan base in the past six years, especially in the Western Region, how did you make that possible looking at your busy work schedule defending Ghana as a ‘Forces’ man?

TW: Good to hear that. What is in the making for your upcoming programme at the Eastern Naval Command as your Accra fans anxiously wait for the event?

Kwabena: Well, the programme is christened ‘My Story My Worship” and it is coming off on January 26. I am doing it in collaboration with a colleague of mine called Chris Kwao. I entreat everyone to participate because it will be a Holy Spirit filled event. Let us all come together and worship God through powerful song ministration.

TW: I can imagine how inspirational it will be, how was your growing up like if you don’t mind telling us?

Kwabena Donkor: (laugh), I am number two of five siblings. A stubborn boy at that to the extent that my mother got so fed up that she almost convinced my dad, Joseph Mensah Donkor (a retired pastor of the SDA Church) to forget about me to concentrate on my other siblings but my father never gave up on me.

I enlisted into the military because I wanted to run away from home when I realised my father had plans of making me a pastor like himself one day.  Little did I know that God was waiting for me in the military (laughs).

I now preach the gospel of God through my songs. The Kwabena Donkor Ministry is now fully focused on uplifting God through music.  God has been very good to me, being naval officer and always going on sea patrols and returning alive and strong doesn’t just happen.

TW: You are very right. What do you say about the misconception out there about military personnel?

Kwabena Donkor: The military has gone far beyond the notion that it is filled with insensitive men. We are caring and very positive people. We are not wicked as many feel, there are many good and anointed ones in the service. Discipline is a hallmark we will forever value so I am pleading with Ghanaians not to believe all the negative things that are being said about us.

TW: Wow! Your fans would love to know what your favourite food is, who knows, maybe someone will surprisingly make a special order for you and have it delivered to you in the ship.

TW: Eeeeiiii Ghanaian soldiers and banku! Well, I love banku too. Who are your favourite Ghanaian musicians?

TW: I knew Kofi Kinaata’s name will be mentioned because he is also a Tadi (Takoradi) musican and one of my favourites too. Any advice for your fans?

Kwabena Donkor: Yes, I urge them to never let their past fight them because the devil only comes to steal, kill and destroy but Yaweh comes to save. Do not be dismayed about problems because there is time for everything. When the time is ripe, God will make it happen so just remain strong and work hard.

TW:  A priceless advice indeed. We are grateful for your time.

Kwabena Donkor: Thank you too.

The post ?A soldier and gospel singer- the story of Kwabena Donkor appeared first on Ghanaian Times.

PDS: Don’t be in a haste – Kwabena Donkor to govt 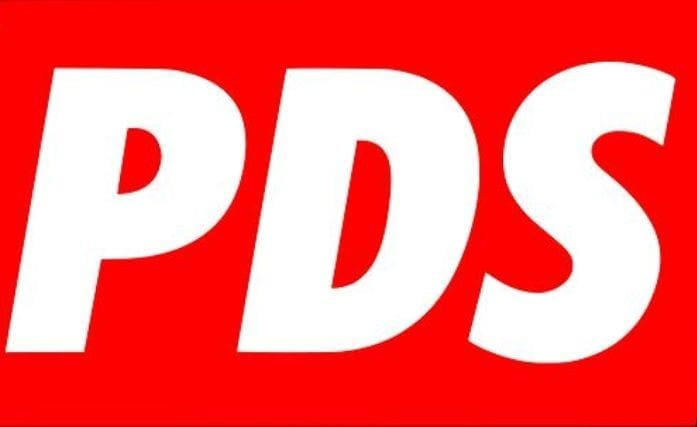 Divorced and broke: The sad story of a stranded Ghanaian in the UK