A former Chairman of Parliament’s Finance Committee, Mark Assibey-Yeboah, has advised government to quickly engage relevant stakeholders to gain their support for the successful implementation of the debt exchange programme.

The former Member of Parliament for the New Juaben South constituency said the debt exchange programme would have been met with less resistance if the government had engaged extensively ahead of the announcement.

The Health Services Workers Union (HSWU) of Ghana has told the government that its members will resist any attempt to touch their pensions as part of the debt exchange programme.

According to the Union, any attempt by the government to touch their pensions will bring untoward hardship to its members.

The Minority has also rejected the debt exchange programme announced by Finance Minister, Ken Ofori-Atta. Addressing a press conference on Monday, Minority Leader, Haruna Iddrisu, said the form and structure of the programme are unacceptable.

“Let me state, without any fear of contradiction, that the form and structure of the debt restructuring plan announced by Ken Ofori-Atta are unacceptable to us, and we simply will not accept it.”

But speaking on Eyewitness News on Citi FM on Monday, Mr Assibey-Yeboah said it is important for the government to put the country first and engage key stakeholders extensively on the new debt measures.

“I don’t know the level of consultations that have gone on, but I would have expected that for an operation like this, you will engage civil society, even the judiciary, leadership of Parliament, the council of state, the opposition NDC…so I don’t know the level of engagement that has gone on but if this had been done well, we wouldn’t see opposition coming from labour unions, the Minority and the rest.

“I don’t know the level of engagement, but I would advise that if we haven’t done so, it is better late than never. People can contest this, that is why you have to get everyone on board.”

Mr Assibey-Yeboah also stated that the government chose the softer approach in the debt restructuring programme.

“I will even say that the exercise has not been deep enough because from what we are hearing, individual bondholders are excluded, and there are no haircuts on the principal as it were and there have been some concessions if you like, so I think this is the softer way to go,” Mr Assibey-Yeboah told Eyewitness News host Umaru Sanda Amadu on Monday, December 5.

Mr Assibey-Yeboah also described as deceptive claims by the government that individuals will suffer no haircuts on their principal investment.

According to the government, there will be no haircut on the principal of bonds, adding that individuals with government bonds will have their full investments upon maturity.

In a public address on Sunday, December 4, on the current economic situation, the Finance Minister, Ken Ofori-Atta said the government will ensure that people’s investments are safe.

He further announced that interest payments for domestic bondholders for 2024, will be pegged at only 5% adding that from 2025, the rate increases to 10%.

“Under the domestic bonds exchange programme, domestic bondholders will be asked to exchange their instruments for new ones. Existing domestic bonds as of 1st December 2022 will be exchanged for a set of four new bonds maturing in 2027, 2029, 2032 and 2037.

“The annual coupon on all these bonds will be set at zero percent in 2023, 5 percent in 2024 and 10 percent from 2025 until maturity…in line with this, treasury bills are completely exempted, and all holders will be paid the full value of their investments on maturity. There will be no haircuts on the principal of bonds, and individual holders of bonds will also not be affected.” 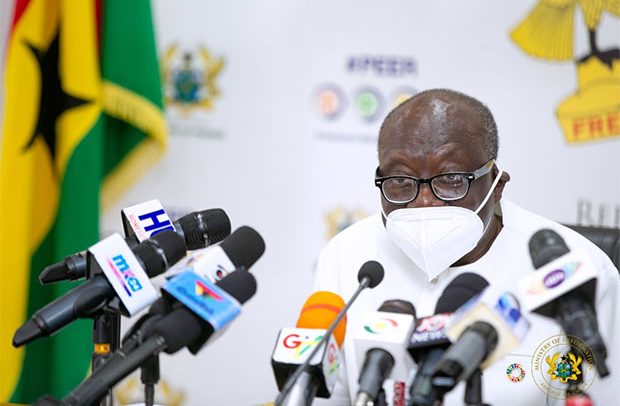 Bawumia will be a good President – Dr. Assibey-Yeboah