Ghana Web
Accra Great Olympics skipper, Gladson Awako has confirmed Hearts of Oak and Medeama SC have all expressed interest in him.

Awako has dominated the local media for the past months before the end of the season.

The U-20 World Cup winner has been linked to 2020/21 Ghana Premier League champions, Hearts of Oak, who will represent Ghana in the Caf Champions League next season.

Hearts of Oak are seeking to improve their squad before the start of the competition.

Despite the strong interest, Awako insisted he is not in a rush to leave Olympics but will make the right decision at the right time.

According to him, he has less than six months left on his contract which permits him to talk to any club but he is not eager to quit the club.

"I know some teams have expressed interest in me but at the moment, I have less than six months left on my contract which I want to honour," he told Asempa FM.

"The six months left on my contract permits me to talk to any club I want but I am not in rush to leave the club.

"I know Hearts of Oak and Medeama SC have all expressed interest in me but I will make the right decision at the right time.

"Hearts of Oak are playing in Africa and every player wants to plain the Caf Champions League but the right decision will be made," he added. Read Full Story
Advertise Here contact ads[@]ghheadlines.com
Related Items news
news 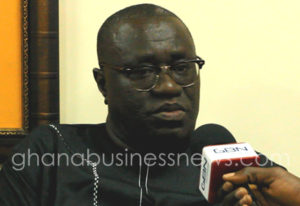